Twenty years ago today I was eight months pregnant with our first child. Coy and I were young – married for less than two years – and still trying to find that happy distribution of chores, for which we are still searching. Having recently resigned from my job at our church office, I figured I was the one with the time to mow, so I was dressing in my yard work clothes that morning…those that I could still fit into…when I heard thunder. Immediately I went to the window and looked at the sky. Odd, there wasn’t a cloud in sight. But since storms usually come in from the west, I went to the kitchen to look. Nothing. How weird. I knew I heard thunder.

My phone rang. It was Coy. He worked at a commercial laundry plant in downtown Oklahoma City. “I think our boiler just exploded,” he said. “I wanted you to know I’m OK if you see something about it on the news.” Having assured me that he wasn’t hurt, he described the scene – light fixtures swinging loose, windows broken, wall cracked, and he was on his way downstairs to see how he could help, but on the way he met people coming up. No, the boilers hadn’t exploded. Maybe it was the building next door? He hung up as they rushed outside.

I called a friend at the church. She was on the other line with her husband who also worked downtown. He was convinced that something had happened near him, but didn’t know what. But his and Coy’s offices weren’t on the same block. How could they have both been shaken by the same event? Could that have possibly been the thunder I heard? That’s when we turned the TV on and saw the first images of the gutted Murrah Building. 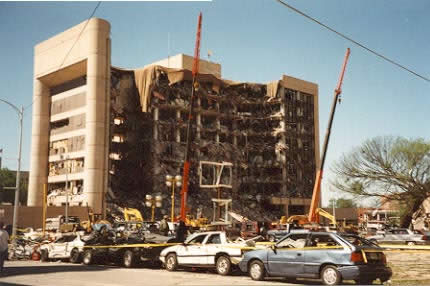 Stunned is the only way to describe the newscasters as they came on air. At first they shared the feeble hopes that perhaps no one had been hurt, but it didn’t take long for those empty words to be dropped. Obviously people had been hurt, a great many people. And more might be hurting even then in the rubble.

The sirens started almost immediately, rescue, fire and police leaving our suburb to race to the site. Then ten minutes later they would start in again as another rescue squadron from another community passed through on their way to Oklahoma City. Even hours later sirens could still be heard streaming past as the whole state, the whole nation raced to help.

And that’s what was so frustrating. There was nothing we could do to help. Sitting at the one-pin of Tornado Alley, we Oklahomans are used to putting on our boots and gloves and sorting through rubble. We’re used to providing cots and meals for people who’ve lost their homes…but this was different. People hadn’t lost their homes. People were lost. People had disappeared and it wasn’t an accident. It wasn’t a natural disaster that was beyond our control. This disaster was man-made.

Since April 19, 1995, America has seen bigger attacks. The story of the Oklahoma City bombing doesn’t shock a generation that watched planes fly into the Twin Towers, but Oklahoma City has had more time to heal, and here’s what I’ve found –

As I was sitting my kids down, telling them once again about what happened here where they live, they wanted to know who did it? Why was it done? What happened next? As someone who followed the investigation and trial closely, I was surprised to find that why and who didn’t interest me. Justice had been carried out and that part of the story was closed. Instead I wanted to tell them about the people who had lived through it and those who’d been lost.

And even more than that, I wanted to tell them about how we responded.  You see, we will never live in complete safety. While it takes toil and intelligence to create, it only takes a fraction of the effort to destroy. Doing what is right, holy and honorable is difficult. There will be many chances to fail, but decide to be evil, destructive and selfish–well, you’ll find that an easy goal. Narrow is the way that leads to life, broad is the path to destruction. But the broad path is short. Destruction comes sooner than you realize and with it anonymity.

We’ll remember giving blood, making meals for the rescuers, buying meals for complete strangers just because they were wearing a uniform in a restaurant – that’s what we’ll remember. And those who lost loved one will honor them, telling story with about them with a smile once the pain has faded. The good will be celebrated. The dross is burned away and the gold cherished. That’s what endures. 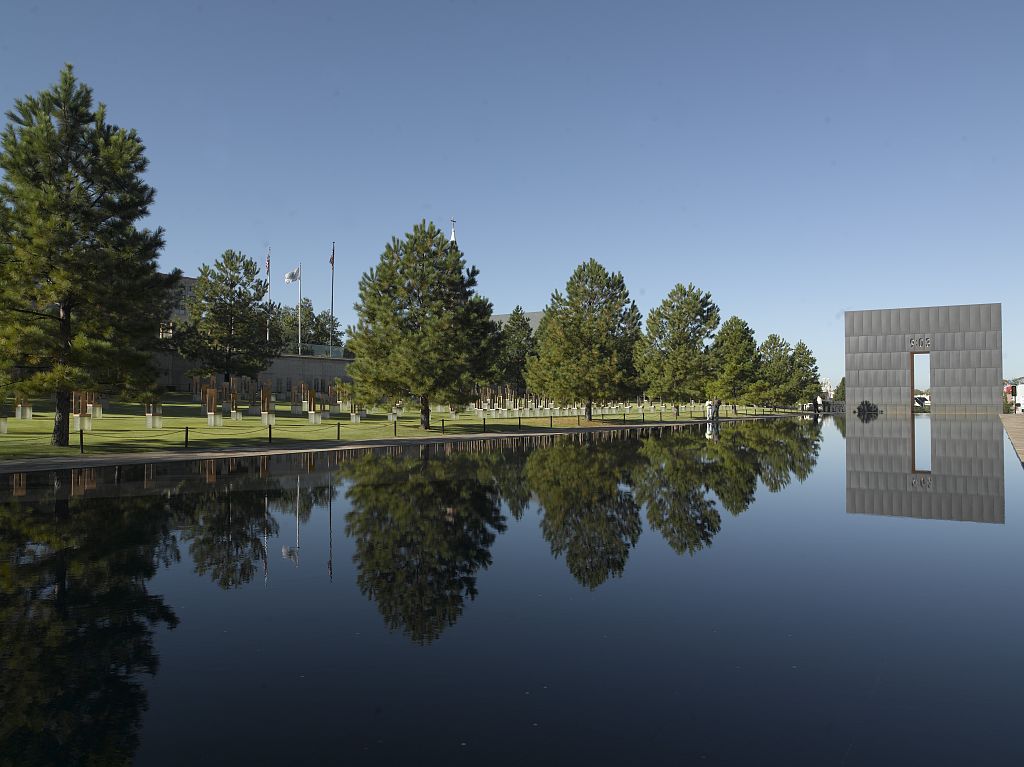 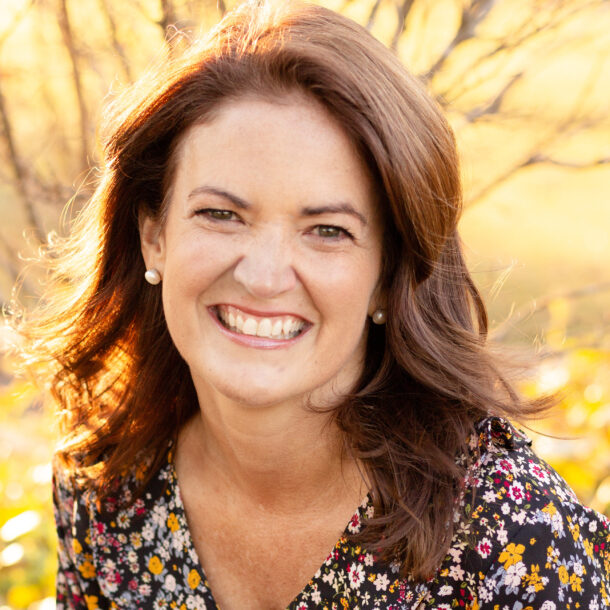