She Sells Priceless Antiques.
He Sells Livestock by the Pound.
Is He Really the Man to Make a Bid for Her Heart?

After helping her grandfather at their Boston auction house, Miranda Wimplegate discovers she’s accidentally sold a powerful family’s prized portrait to an anonymous bidder. Desperate to appease the people who could ruin them forever, they track it to the Missouri Ozarks and make an outlandish offer to buy the local auction house and all its holdings before the painting can move again.

Upon crossing the country, however, Miranda and her grandfather discover their new auction house doesn’t deal in fine antiques, but in livestock. And its frustratingly handsome manager, Wyatt Ballentine, is annoyed to discover his fussy new bosses don’t know a thing about the business he’s single-handedly kept afloat. Faced with more heads of cattle than they can count–but no mysterious painting–Miranda and Wyatt form an unlikely but charged partnership to try and prevent a bad situation from getting worse.

“What a delightful book! The relationship between Wyatt and Miranda develops naturally and comically. Their banter serves to ratchet up the romantic tension and propels the match forward in a captivating way. Great romance, sprinkled with a bit of mystery, and some laugh-out-loud humor, this tale is entertaining from start to finish.” 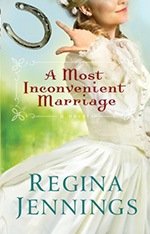 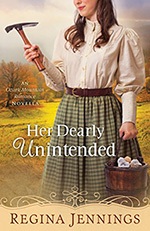